Some Aesthetic Decisions: A Centennial Celebration of Marcel Duchamp’s Fountain

One hundred years ago, Dada artist Marcel Duchamp forever changed the nature of art when he submitted Fountain, a porcelain urinal signed R. Mutt for the Society of Independent Artists exhibition in New York (April 9, 1917). This exhibition was an open call to artists in which any submission would be shown. Duchamp, who was on the Society’s board, tested the limits of the organization’s guidelines by anonymously submitting what would become his most famous readymade (an ordinary manufactured object that he designated as a work of art). The subsequent rejection of Duchamp’s Fountain by the exhibition’s organizers ignited a controversy that continues today about the definition of art and who gets to pass judgment.

Works in the exhibition that directly address Fountain include Alfred Stieglitz’s photograph of Duchamp’s original that was published in the periodical The Blind Man No 2, 1917. Stieglitz, a major proponent of the avant-garde, also was on the board of the Society of Independent Artists, and resigned along with Duchamp and other prominent members over the controversy. Stieglitz’s photograph contributed to the debate concerning Duchamp’s aesthetic intentions. As Duchamp’s original readymade Fountain was lost (or destroyed) soon after the Society of Independent Artists exhibition, the Stieglitz photograph is the only known photographic record of this work. The photograph’s dramatic lighting and composition heighten the formal elegance of the urinal and consequently contradict Duchamp’s aim to create a polemic about the distinctions of taste and aesthetics. Sherrie Levine’s bronze sculpture, Fountain (Buddha), 1996, also in the exhibition, is modeled on this Stieglitz photograph, demonstrating its influence on how Duchamp’s Fountain is perceived. Duchamp’s Fountain, itself, is represented in Some Aesthetic Decisions as one of the miniature objects in his retrospective in a box –Boîte-en-Valise, (Box-in-a-Valise) 1941/1961.

Mike Bidlo’s Fountain, 2015, a reconstituted, smashed, handcrafted porcelain urinal cast in bronze illustrates one account of the missing Fountain in which the original was purportedly smashed by artist William Glackens, then president of the Society of Independent Artists. At the time of the exhibition, Glackens was frustrated by the controversy as to whether or not to exhibit the work. Glackens’ son, Ira, reported that the shattering of the work solved the dilemma. This account has been discredited by some scholars and the disappearance of the original remains a mystery.

Among the works in the exhibition are 25 photographs by Los Angeles artist Judy Fiskin from her series Some Aesthetic Decisions, 1990, that aestheticize objects, architecture and interiors that do not conform to conventions of elevated taste. The exhibition’s title was inspired by this series.

The exhibition addresses the multiple issues Fountain raised regarding aesthetics, including the act of making value judgements, the difference between taste and aesthetics, and whether everyone has the capacity to be receptive to the aesthetic condition of works of art. Works in the exhibition that are key to these issues include John Baldessari’s photographic book Choosing Green Beans, 1974, which demonstrates the randomness of aesthetic judgment; Sophie Calle’s The Blind, 1986, a series of photographs in which she asked individuals blind from birth to describe something beautiful, which she then photographed; Andy Warhol’s 1964 Brillo Soap Pads Box, Heinz Tomato Ketchup Box, Campbell’s Tomato Juice Box and Del Monte Peach Halves Box, replicas of commercial packaging that question the valuation of art; and Jeff Koons’ sculptures, Balloon Dog (Blue), 1994-2000 and Inflatable Flower and Bunny (Tall White and Pink Bunny), 1979, that combine fine craftsmanship with kitsch subjects. Julian Schnabel’s alteration of a thrift store portrait of a girl that with minimal intervention by the artist transforms the Sunday-painting portrait into one of Schnabel’s best known works.

Other works in the exhibition include Jorge Pardo’s handcrafted wooden palette and modernist designed furniture that question the nature of the aesthetic experience; pioneering conceptual artist Joseph Kosuth’s discourse on aesthetics in neon, An Object Self-Defined, 1966; Rachel Lachowicz’s 1992 row of urinals cast in red lipstick, which delivers a feminist critique of Duchamp’s readymade; Richard Pettibone’s paintings of photographs of Fountain; Richard Phillips’ recent paintings based on Gerhard Richter’s highly valued work; Miami artist Tom Scicluna’s neon sign, “Interest in Aesthetics,” a critique of the use of aesthetics in Fort Lauderdale’s ordinance on homelessness; the French collaborative Claire Fontaine’s lightbox highlighting Duchamp’s critical comments about art juries; Corey Arcangel’s video Apple Garage Band Auto Tune Demonstration, 2007, which tweaks the concept of aesthetics in the digital age; Bernd and Hilla Becher’s photographs, Four Water Towers, 1980, that reveal the potential for aesthetic choices within the same typological structures; and works by Elad Lassry and Steven Baldi, who explore the aesthetic history of photography.

The democratization of aesthetic judgement is reflected in a 1994 project of the Russian-born conceptual artists Vitaly Komar and Alexander Melamid in which they enlisted a poll service in several countries to widely survey the public about that characteristics that would make the best painting and the worst painting. The artists created paintings for each country incorporating the top answers for the best painting and for the worst. A portfolio of prints of these works that incorporate the survey results will be included in the exhibition.

Publication
The exhibition will be accompanied by an illustrated catalogue published by Skira with essays by Bonnie Clearwater, art historian Laurette McCarthy, and noted Duchamp authority Francis M. Naumann. 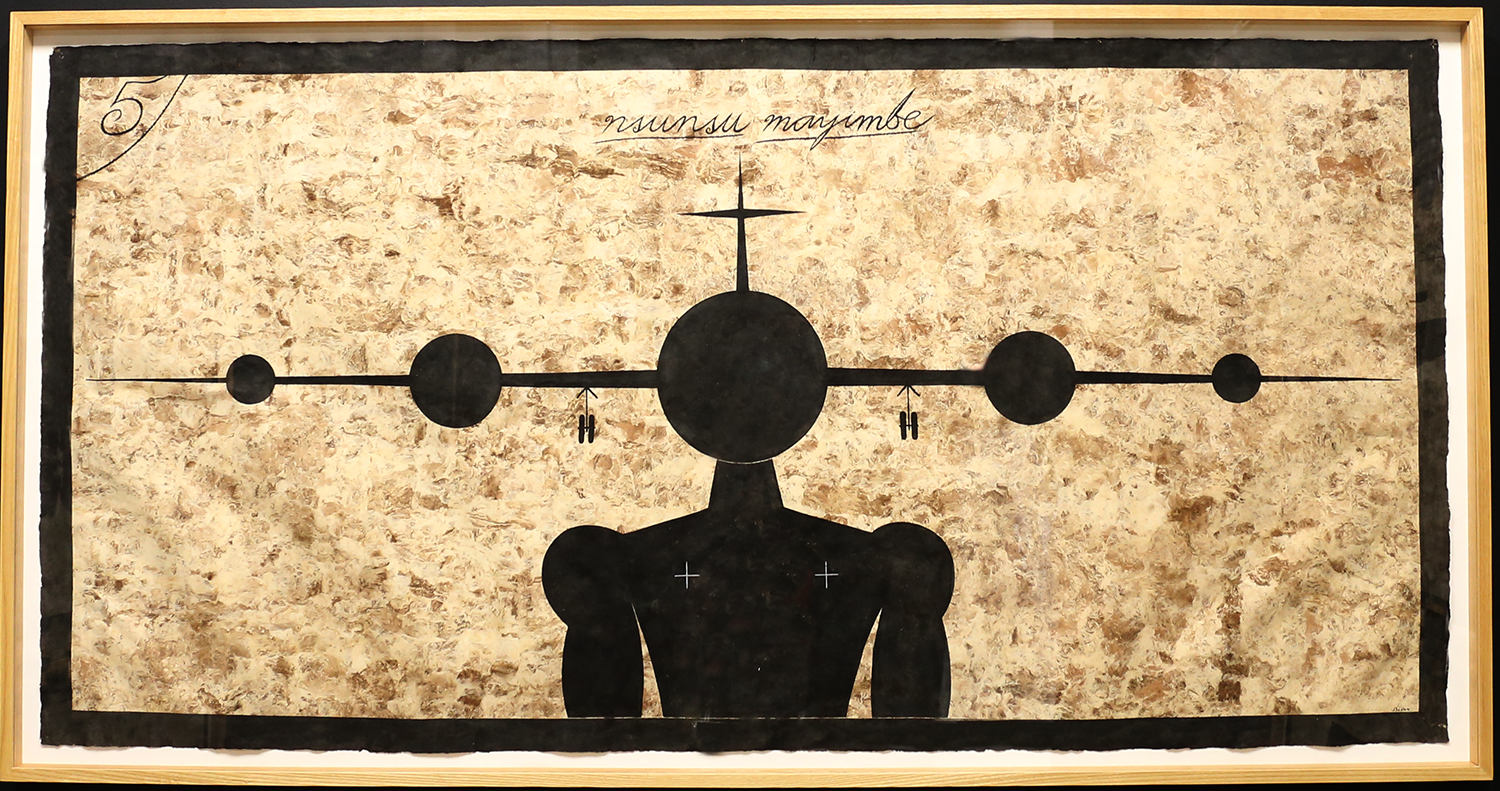 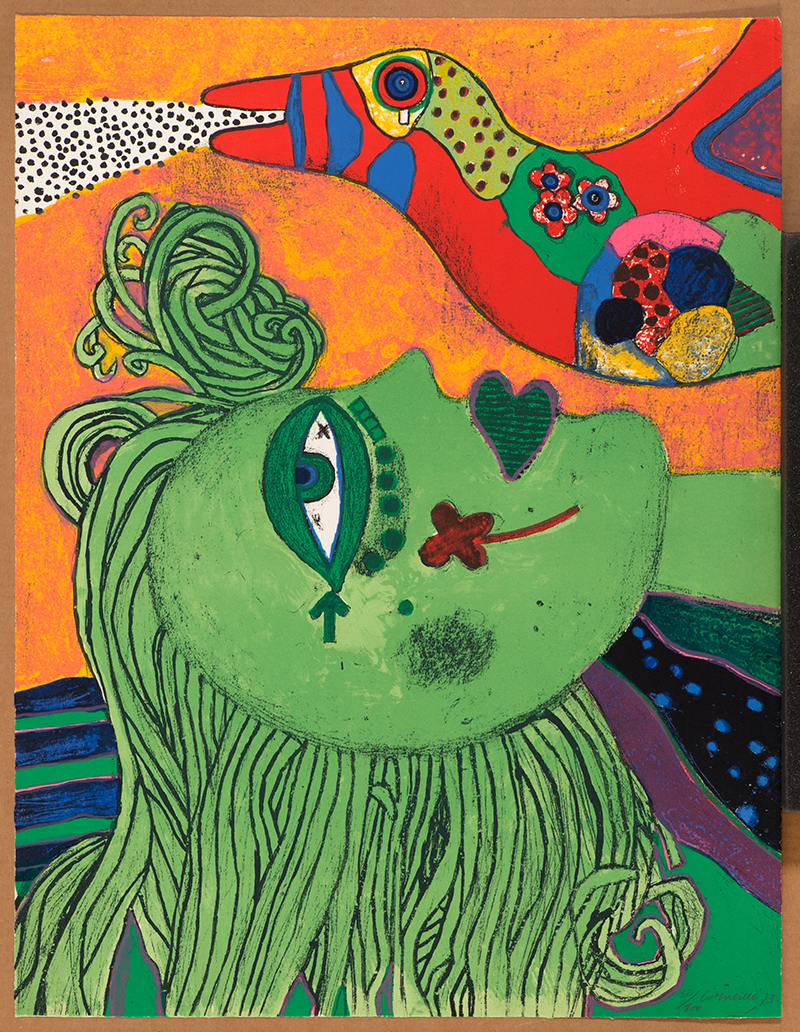 Human Animals: The Art of Cobra
Scroll to top