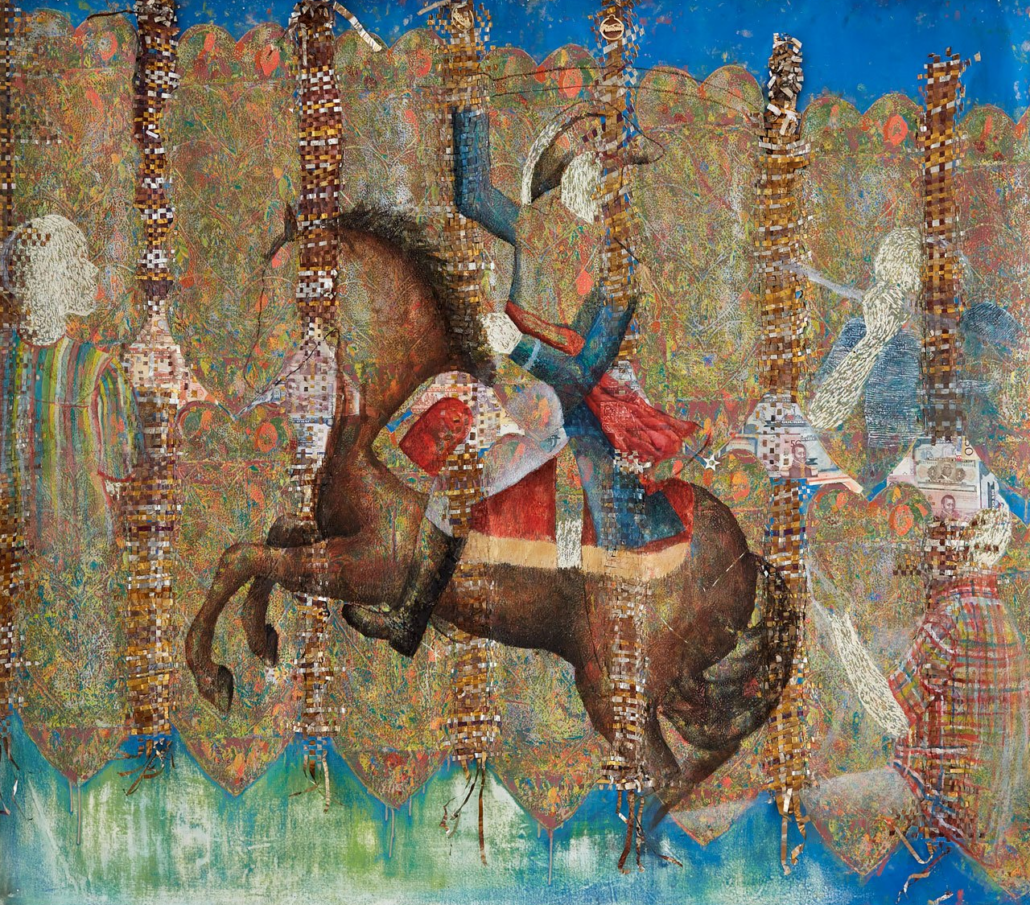 This exhibition will address the artist’s personal transcultural experience and material experimentation. Her interest in matter and process goes beyond a formal, visual concern, as it simultaneously creates a space in which to address the concept of the painting’s surface as it connects to the understanding of skin, color and race. These critical notions are at the center of the artist’s practice and the broader Haitian narrative she seeks to tell. 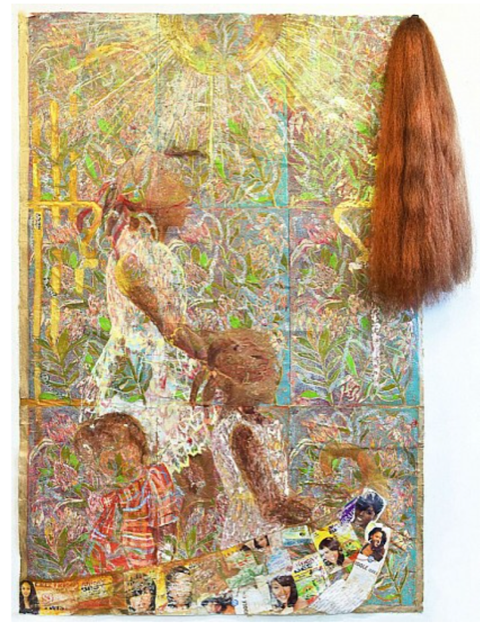 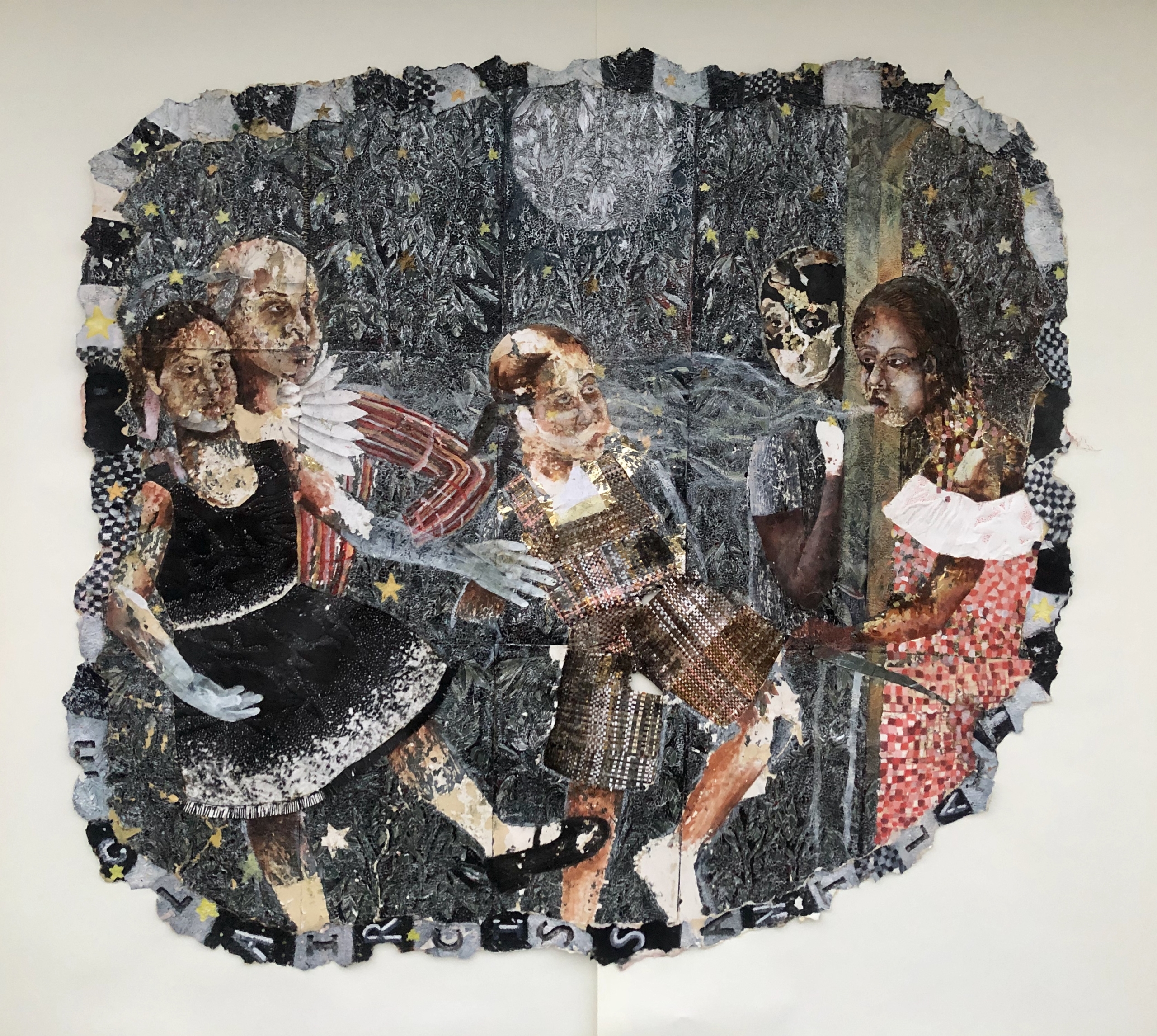 The artist’s work is largely informed by the African spiritual belief system known as Vodun. This religion is considered the source of a psychological liberation that enabled the Haitian Revolution, though it has been widely misunderstood by the outside world, which has ignored its rich history and complexities.  As the child of Haitian parents in South Florida, St. Hilaire’s experienced the divisions in different parts of Caribbean and American culture. Within each community, identities are insulated and protected. However, in presenting to others, efforts are made for appearances to assimilate into American culture. St. Hilaire interprets these experiences of race and transformation as primarily existing on a surface level, leading physical materials to play a key part in the formation of Black American societies. In the artist’s practice, the consumption of beauty products, such as skin lightening creams and artificial hair, come to represent the Caribbean diasporic experience.

The exhibition takes its title from an infamous speech delivered by former Haitian President François Duvalier, otherwise known as Papa Doc (1907-1971). In 1964, Duvalier overturned the Haitian constitution and announced himself “President for Life”. To reaffirm and extend his mortal rule, Duvalier further proclaimed himself an “immaterial being,” incapable of being overpowered by the bullets of his enemies. For Papa Doc, and many of the Haitian people, the President was not only a political leader, but an eternal, spiritual force; the reincarnated Vodun spirit of Baron Samedi, the venerated Loa (spirit) of the dead. St. Hilaire reclaims the words of Papa Doc and constructs a new meaning, in which this phrase sheds its political weaponry, and speaks to the overarching spiritual belief system that has shaped the Haitian experience. Simultaneously, these words hold a dual meaning, which the artist uses to speak to the disembodied force of labor that is essential to capitalism, an acknowledgement of those that are not seen, either in physical or sociopolitical terms.

This exhibition is curated by the Museum’s Bryant-Taylor Curator, Ariella Wolens. 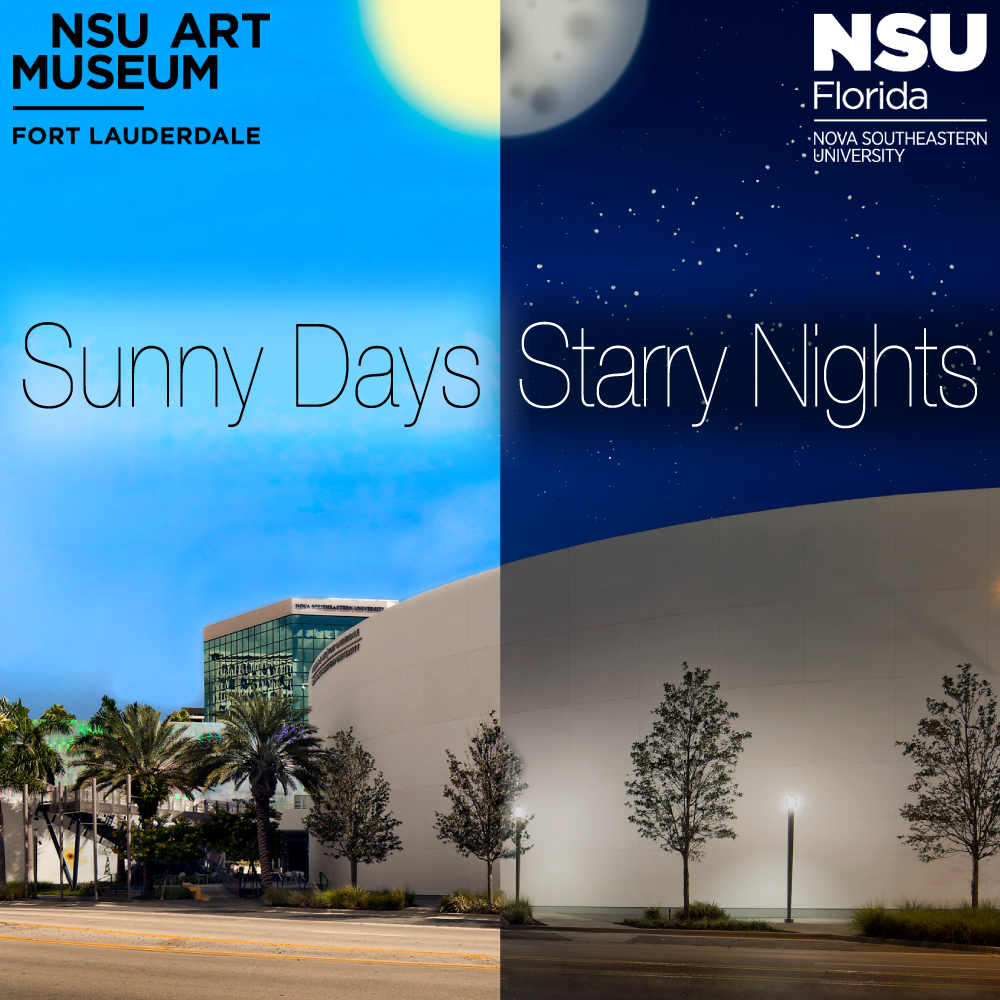 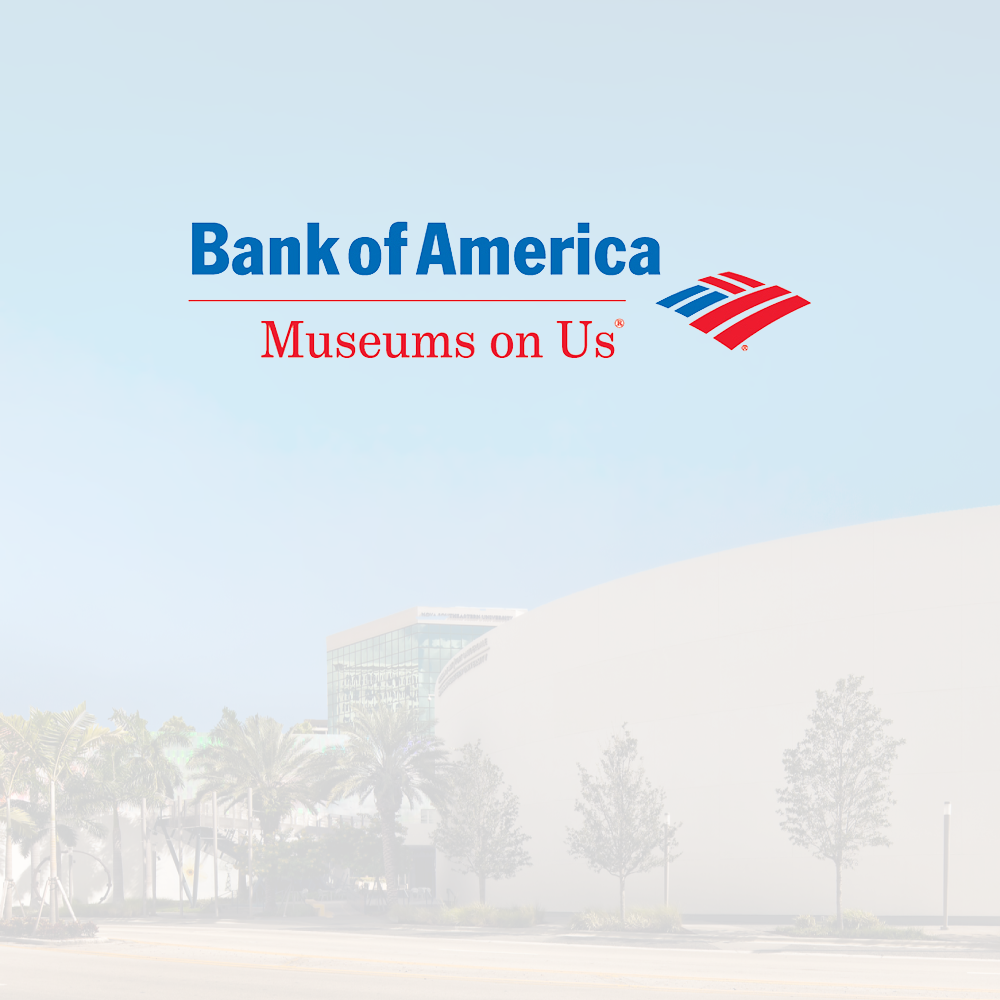 Join today
Scott Covert: I Had a Wonderful Life 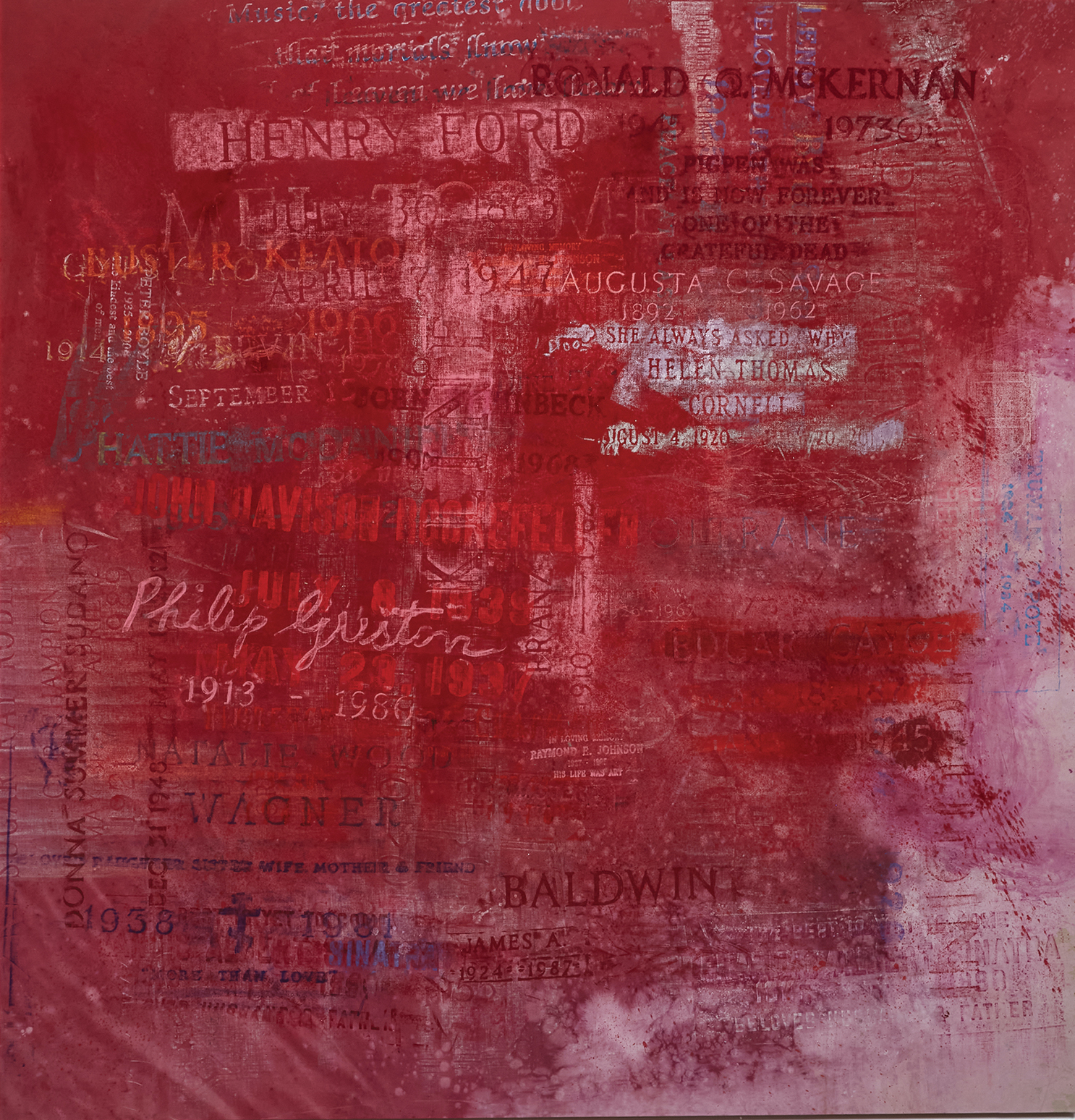 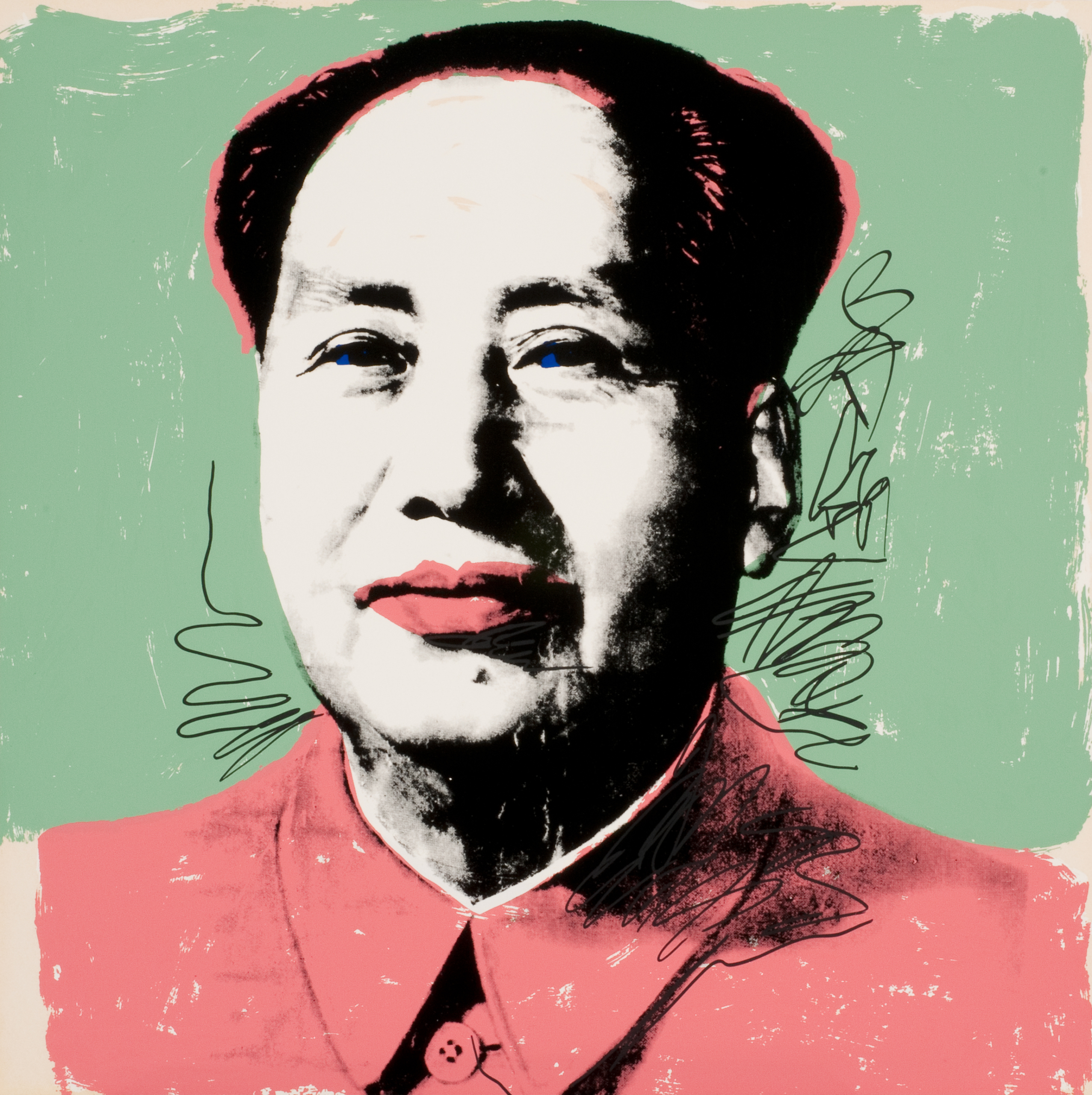